I went into The Bad Batch without any prior knowledge of the film or its director, Ana Lily Amirpour. Today was a hot day for Portland, almost 100 degrees Fahrenheit, and nothing sounded better to me than a dark, cool theater. I browsed the playing movies and whittled out the superhero movies (just not in the mood) and big budget CGI-mess blockbusters like Transformers and The Mummy. Among what was left that I hadn’t seen and looked interested was The Bad Batch. I liked the look of the poster, so I decided to go for it.

The basic premise of The Bad Batch is the outcasts within the United States get branded with a number and are sent to a cordoned off area in Texas with the fence locked behind them. The film introduces the main character Arlen, a young blonde woman with a tattoo of two cherries on her left breast and “suicide” in cursive type on her left bicep. Through a series of unfortunate events, she loses a couple of important things and then ends up in the town of Comfort–a place where the Bad Batch can experience the closest thing to comfort in the cordoned off area. The core plot becomes clear toward the middle of the film and reaches a surprising but ultimately uninteresting conclusion.

Let me start with what I liked: there are some beautiful desert shots, the bits of humor were surprising, and the lead performance by Suki Waterhouse is pretty solid. There’s a distinct lack of dialogue, which works in favor of the film because when there is dialogue, it’s subpar.

But the whole time I watched the movie, I just couldn’t wait for it to be over. The first third of the film was pretty intense, but it lost its edge in the last two acts. The way the plot unfolds and what propels it forward felt weak. It wasn’t clear to me why Arlen chose to do what she does throughout the entire film, which I found to be disappointing.

The Bad Batch features many uses of shots with intense focus on a particular subject with everything else being blurred out (extreme bokeh). A few shots like this is fine, but it is completely overused and distracting. Instead of me focusing on the character in focus, all I could do was think about everything that wasn’t in focus.

I got some Mad Max: Fury Road vibes from the film, especially with some of the women in Comfort, but it all ends up feeling inconsequential.

My read on the film is that those who are the outsiders of society and pushed to the edges don’t have a way of returning to regular life. Whether it’s due to circumstance or the choices one makes, the Bad Batch are physically removed from society and not allowed back. They have to make it on their own without the support of others, which is the life a lot of houseless people deal with.

There’s even direct imagery of a man who pushes his shopping cart across the desert, with all of his belongings rattling. It instantly reminded me of the houseless people around Portland who push their carts around and scavenge for whatever they can find.

I appreciate that the film can be read that way, even if it is not the direct intention. It takes something that is a bit abstract and translates it to something clear and direct. But even with that read, the story told doesn’t live up to it or go somewhere with it.

The Bad Batch has an interesting premise, but it fell flat for me in pretty much every way. It just didn’t connect. Hey, at least air conditioning in the theater was working.

The Bottom Line: The Bad Batch is a vegan’s nightmare. 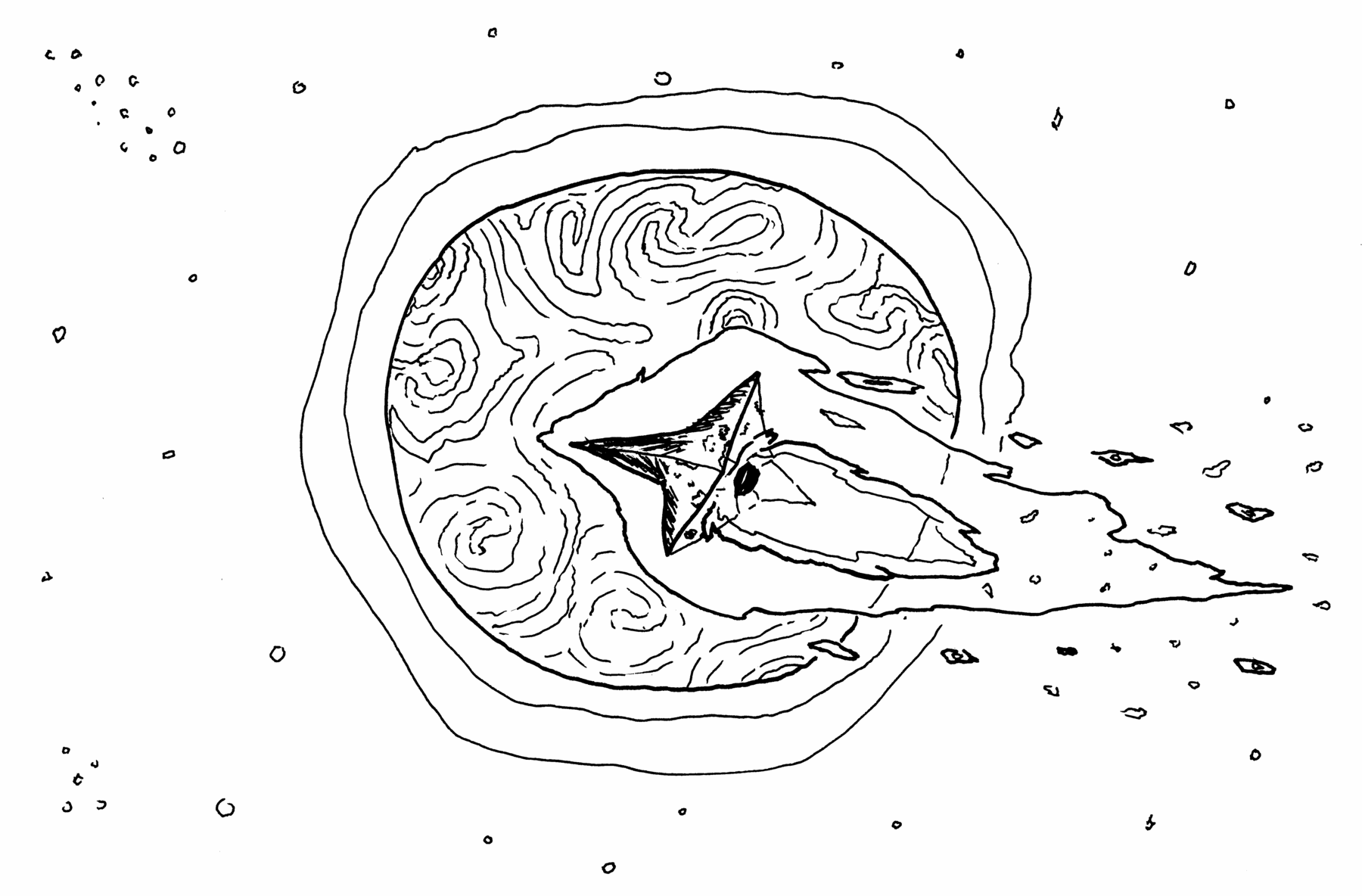 Hi, my name is Brett. I started making comics in September 2017. Welcome to my journal where I share my projects, what I've been learning, and what I've been enjoying.